US Envoy Wraps Up Afghan Visit, Vows Inclusivity in Talks 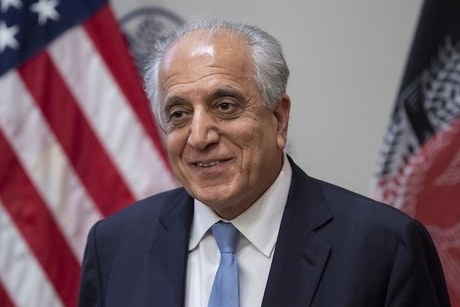 The US envoy tasked with forging a peace deal with the Taliban met with officials in Pakistan on Friday, after telling leaders and various groups in Afghanistan they would be included in future talks.

Zalmay Khalilzad was in Islamabad after spending five days in Afghanistan amid strains between Washington and President Ashraf Ghani's administration, which has complained bitterly of being sidelined in peace talks.

"Intra-Afghan dialogue should be comprehensive and inclusive with representatives from the #Afghan government, women, young people, and civil society," Khalilzad said on Twitter at the start of his five-day visit.

The Taliban has until now refused to meet with the Kabul government, accusing it of being a puppet regime.

The diplomatic spat between Washington and Kabul came to a head last month when Afghanistan's national security advisor Hamdullah Mohib accused Khalilzad of a lack of "transparency", even suggesting the Afghan-born envoy wanted to be "viceroy" of his native country.

Washington reacted furiously, with US officials reportedly refusing to attend meetings in which Mohib was present. The outspoken advisor visited eastern provinces when Khalilzad was in Kabul.

Among those Khalilzad met with was a group of seven women from the Afghan Women Network.

Under the Taliban's strict interpretation of Sharia law, women were stripped of all basic rights and were sometimes executed for alleged adultery.

"Women should not be forgotten in the talks, and our rights should not be trampled," Robina Hamdard, an advocacy manager at the network, told AFP.

"We want everything -- women's rights to education and social activities -- to be guaranteed during the talks... We want a lasting peace, not a shaky peace."

Khalilzad's schedule in Islamabad has not been announced, but he had already met with officials including Foreign Minister Shah Mehmood Qureshi early Friday, according to the foreign ministry.

Pakistan says it supports an Afghan-led peace process and is helping to facilitate the talks. Washington and Kabul have long held Pakistan's shadowy intelligence services responsible for supporting and training the Taliban.

In an interview with a US-funded radio network, Khalilzad said he hoped 2019 would be the "year of peace."

"Afghans are tired of the war. So, too, is the world. The war has raged for a long time," he told Radio Free Europe/Radio Liberty.

After talks in February, Khalilzad announced a "draft framework" for a peace deal, though he warned major hurdles remain.

Elections in Afghanistan, originally slated for April 20, have been postponed until September to allow space for the peace talks.

A new round of talks between the Taliban and Afghan officials is expected later this month in Doha, with further US-Taliban talks possible after that.

"We are hopeful that intra-Afghan talks will start as soon as possible and that we can agree to de-escalate the war," Khalilzad said in the radio interview.

Ghani, who was elected in a fraud-tainted poll in 2014, is seeking a second term.