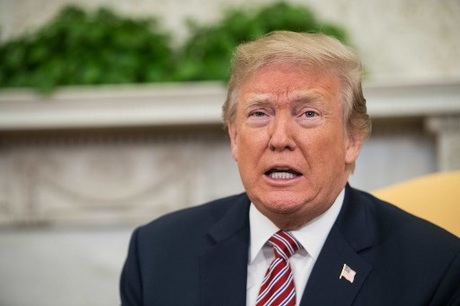 U.S. President Donald Trump has voiced a cautious tone about the outcome of Israel's parliamentary vote, saying there is a "close" race for the premiership between "two good people."

"How is the race going by the way? How is it, who's going to win the race? Tell me, I don't know," Trump asked the Republican Jewish Coalition in Las Vegas.

Trump, who was speaking to American Jews, went on to refer to Netanyahu as "your prime minister."

"I stood with your prime minister at the White House to recognize Israeli sovereignty over the Golan Heights," he said.

This recognition at the end of March during a ceremony at the White House was seen as a boost by Trump for Netanyahu, who has been in power for a decade.

The latest polls place Netanyahu and ex-military chief Gantz neck and neck, but give the former the advantage.

In his Las Vegas speech, Trump did not give any details on the timetable for the Israeli-Palestinian peace plan that has been in the works for two years.

But he did once again express confidence in his son-in-law Jared Kushner, who is working on the plan.