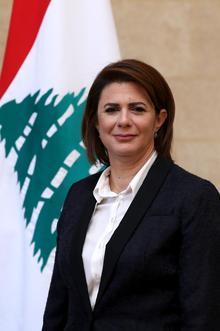 As Lebanon marks the 44th anniversary of its civil war, Interior Minister Raya al-Hassan said “to push away the specter of war Lebanon has to keep on empowering the capabilities of its military and security services.”

“We mark the war anniversary today but we must all remember how not to go back to it, Lebanon’s salvation can only be if we continue to strengthen our military and security services, it is the only guarantee to push away the specter of war,” she said on Twitter.

The Lebanese Civil War was a multifaceted civil war in Lebanon, lasting from 1975 to 1990 and resulted in an estimated 120,000 fatalities.

Thousands of people were displaced within Lebanon. There was also an exodus of almost one million people from Lebanon as a result of the war.

but can they guard Lebanon and the Lebanese from hezbollah, the iranian terror militia?

I don't believe the war ever ended because not all sides submitted their weapons to the State and the warlords were never held accountable for the atrocities and that's why they're still around today and even own tv channels for some.

One of these days (or years) the sensible Lebanese people will realise that Hizballah is much more of an enemy to them than Israel.

Hey full time paid Israeli Zionist who uses many names and claims to be Lebanese to hide his miserable criminal existence: Your Apartheid years are numbered just like Apartheid South Africa and Rhodesia. "Israel will be renamed Palestine the same way Rhodesia was renamed Zimbabwe. Do you remember Rhodesia??? Yea, the same way "Israel" will be remembered in the future.

The White South Africans thought Apartheid can last another century! You think the world and even the west will accept Jewish Apartheid? Dream on!