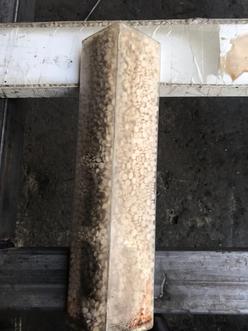 Lebanon's police said Saturday it has seized more than 800,000 pills of the amphetamine-type stimulant captagon worth around $12 million in a bust coordinated with Saudi authorities.

Police stopped a refrigerated truck containing 142 kilogrammes (312 pounds) of the illicit drug on April 9, according to a statement.

Captagon is one of the most commonly used drugs in the Syrian war, where fighters who take it say it helps them stay awake for days and that it numbs their senses, allowing them to kill with abandon.

The bust came after Saudi Arabia's Directorate of Narcotics Control tipped off Lebanese authorities on a plan to smuggle a large captagon shipment to an unidentified "Arab country" by land, it said.

Captagon is classified by the UN Office on Drugs and Crime as an "amphetamine-type stimulant" and usually blends amphetamines, caffeine and other substances.

Iraq, Jordan, Lebanon and Syria are usually assumed to be transit or production territories for illicit captagon, according to the European Monitoring Centre for Drugs and Drug Addiction.

Lebanese authorities have been clamping down on exports of the psycho-stimulant, which is produced in swathes of Syrian and Lebanese territory where government oversight is lax or non-existent.

In one of the country's largest busts, Lebanon arrested a Saudi prince and four other Saudi nationals in October 2015 for attempting to smuggle out nearly two tonnes of captagon via Beirut's airport.

so you have factories in your love tunnel