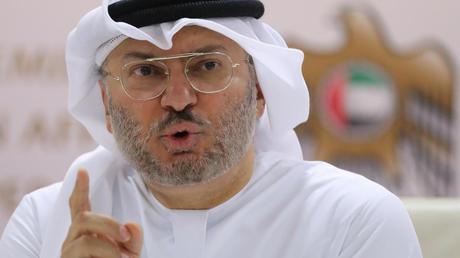 The United Arab Emirates on Wednesday hailed as "strategic" President Donald Trump's veto of a resolution from Congress directing him to end US support for the Saudi-led war in Yemen.

"President Trump's assertion of support to the Arab Coalition in Yemen is a positive signal of US resolve towards America's allies," UAE minister of state for foreign affairs Anwar Gargash tweeted.

"President Trump's important decision is both timely & strategic," said Gargash, whose government is a key Saudi ally in the war.

The veto was only the second of Trump's presidency, after he overrode a congressional resolution that aimed to reverse the border emergency he declared in order to secure more funding for his wall between the United States and Mexico in March.

The resolution by Congress was a harsh bipartisan rebuke to Trump that took the historic step of curtailing a president's war-making powers -- a step he condemned in a statement announcing his veto.

"This resolution is an unnecessary, dangerous attempt to weaken my constitutional authorities, endangering the lives of American citizens and brave service members, both today and in the future," Trump said.

Democrats argued that US involvement in the Yemen conflict -- through intelligence-sharing, logistical support and now-discontinued aerial refueling -- is unconstitutional without congressional authority.

Trump argued that US support for the devastating war between the Saudi-backed Yemeni government and Huthi rebels, who control the capital Sanaa, was necessary for a variety of reasons, "first and foremost" to "protect the safety of the more than 80,000 Americans who reside in certain coalition countries."

These countries "have been subject to Huthi attacks from Yemen," he said, referring to drone and missile strikes the Saudi-led coalition has either claimed were intercepted or denied altogether.

The president said the resolution would also "harm the foreign policy of the United States" and "harm our bilateral relationships."

Critics of the intervention warn that Saudi forces are likely using US weapons to commit atrocities in the four-year war.

Some 10,000 people have been killed in Yemen over the past four years, according to the World Health Organization, although human rights groups say the toll could be five times higher.

Both the Saudi-led alliance and the Huthi rebels have been accused of acts that could amount to war crimes, while the coalition has been blacklisted by the United Nations for killing and maiming children.