Saudi Sisters Plead for Help after Fleeing to Georgia 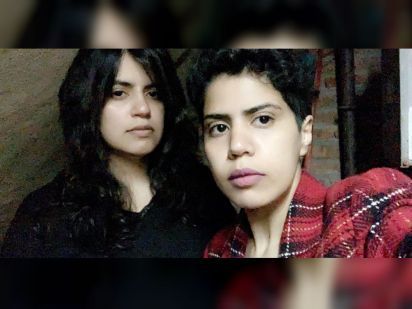 Two Saudi sisters have issued a plea for international protection after fleeing to ex-Soviet Georgia in the latest case of women fleeing oppression in the ultra-conservative kingdom.

The women posted photographs of their passports identifying themselves as 28-year-old Maha Alsubaie and 25-year-old Wafa Alsubaie.

"We are in danger," Maha Alsubaie said in one video posted on Twitter. "Please help us."

"We want to apply for asylum in any safe country," one of the women said in another video that does not show her face.

"If we go back to Saudi we will be killed."

"We fled oppression from our family because the laws in Saudi Arabia (are) too weak to protect us," Wafa Alsubaie said in another video.

The United Nations refugee agency (UNHCR) said in a statement it was "closely monitoring" their situation.

Human Rights Watch called on the Georgian authorities to protect the two "from anyone who would harm them or force to return to Saudi Arabia against their will".

The UNHCR's Georgia office said on Facebook that anyone "requesting international protection in Georgia has access to a fair and effective asylum procedure".

The Saudi women began posting tweets about their situation on Tuesday.

"They didn't apply for asylum, nor have they asked for any kind of assistance," she said.

Saudi Arabia is one of the world's most restrictive countries for women.

In a similar case in March, another two Saudi sisters aged 20 and 18 who were marooned in Hong Kong arrived in a safe third country after securing humanitarian visas as they sought sanctuary from an abusive family.

At the beginning of the year, 18-year-old Saudi woman Rahaf Mohammed al-Qunun drew global attention with her dramatic escape from an allegedly abusive family, gaining refugee status in Canada.

Many Saudi women who flee overseas have spoken to media and rights groups of persuasive and coercive tactics used by Saudi officials and family members to pursue those who escape.

Georgia has good wine and the master the art of healing untreatable bacterial infections with phagotherapy. I believe they’re in good hands. ;)

They have not applied to Georgia probably since they would like a place with a bot more glamour and or scenery such as Australia, Canada or the USA. Fact of the matter though is that in KSA they would have little if any rights compared to the countries they would apply for asylum. Saudi Islam needs to check its calibration to meet with 2019.