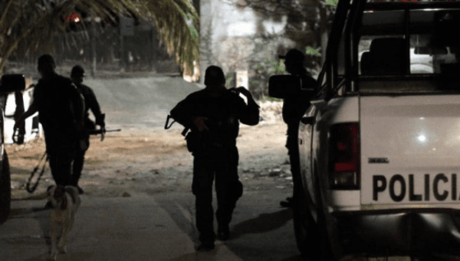 Thirteen people, including a child, were killed Friday when a group of unidentified gunmen opened fire on a party in the violence-wracked eastern Mexican state of Veracruz, officials said.

The Secretariat of Public Safety said the gunmen arrived at a family reunion in Minatitlan asking to see someone named "El Becky' -- the owner of a local bar -- before opening fire.

It said seven men, five women, and a child were killed, and four others injured in the attack.

There was no known motive for the shooting, but Veracruz is plagued with organised crime and bloody gun battles frequently erupt between rival drug gangs.

More than a quarter of a million people have been killed since 2006 when the government of then-president Felipe Calderon launched a crackdown on drug traffickers.