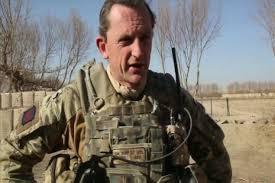 The international coalition in Iraq and Syria said Tuesday its troops were not feeling any intensified threat from Iran in the region, seemingly contrary to Trump administration warnings.

"There has been no increased threat from Iranian-backed forces in Iraq and Syria," Major General Chris Ghika, a British spokesman for the force, told reporters via teleconference at the Pentagon.

"We've seen no change in the posture or laydown" of the Shia Popular Mobilization Forces (PMF), an Iraqi paramilitary group with close ties to Tehran, Ghika said.

"Of course PMF is a very broad range of groups. Many of the are compliant and we have seen no change in their posture since the recent exchange between the U.S. and Iran."

Ghika denied he was contradicting recent alarms raised by top officials in U.S. President Donald Trump's administration that Iran was plotting some sort of attack in the Gulf region, perhaps targeting US forces in Iraq and Syria.

To meet the threat the Pentagon has accelerated the deployment of an aircraft carrier task force to the Gulf and accompanied it with several B-52 bombers, a Patriot missile battery and an amphibious assault ship.

"I don't think we're out of step with the White House at all," Ghika said.

"Am I concerned about the danger? No, not really. We take a range of force protection measures for operating in this part of the world against a range of threats," he said, adding that those measures at this point in time are "completely satisfactory."

He said the coalition's mission in Iraq and Syria is focused on the Islamic State group and not Iran.

The general later corrected his statement. It seems his valet was not involved in the stand-to at which it was determined that all were safe and accounted for. That leaves the general, his barber, his tailor, and his chef safely at their duty stations.