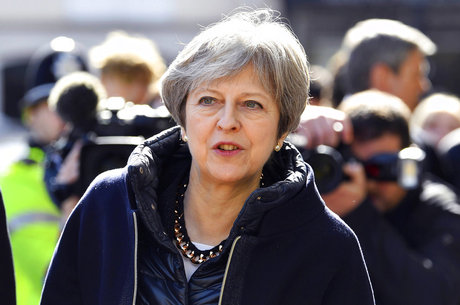 The leader of Britain's main opposition party ridiculed Theresa May's embattled government Wednesday over revelations that it had set up an emergency food bank for the cleaners in one of its ministries.

The Sunday Times discovered that the assistance programme was hurriedly but quietly established to help mitigate a "payroll blunder" involving a services contractor that began in March.

The newspaper published an email sent to one government business department's staff saying that some cleaners were "unable to travel to work as they have no money for bus fares".

"Can the prime minister tell us what is going wrong in modern Britain that a government office in the centre of London has a food bank for some of its very low-paid staff to get something to eat?" Corbyn demanded.

"Is this a government for the many or in the pockets of an elite few?"

May fought back by noting that "income inequality is down" since her Conservative Party seized power in 2010.

But she sidestepped the story itself.

The Press Association reported on Tuesday that the cleaners and caterers in the affected business department intended to go on strike over pay and work conditions next Tuesday.

The contractor has not spoken publicly about the problem and it remained unclear whether the wages were not being paid in error or over some dispute.

The case piles on May's problems in what most British newspapers now think are the final throes of her tumultuous three-year spell as government chief.

May's premiership has been defined by her inability to find a compromise with either the UK parliament or Brussels that could deliver on voters' wishes to get Britain out of the European Union after 46 years.