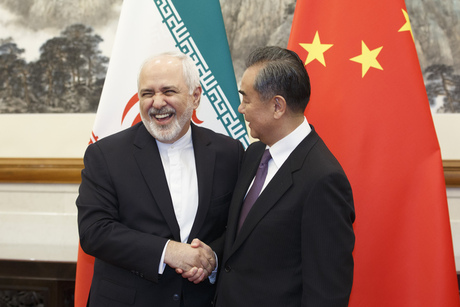 The foreign ministers of China and Iran have met in Beijing amid heightened Middle East tensions and efforts by Tehran to keep its world markets open.

Wang Yi, whose country has been a major customer for Iranian oil, held talks with Mohammad Javad Zarif at the Diaoyutai state guesthouse on Friday.

The meeting came after Saudi Arabia accused Iran of being behind a drone attack that shut down a key oil pipeline in the kingdom. The U.S. has also dispatched warships and bombers to the region to counter an alleged Iranian threat.

President Donald Trump decided last year to withdraw the U.S. from the 2015 nuclear accord between Iran and world powers and imposed wide-reaching sanctions that have crippled Iran's economy.