Football Must Get to Grips with Mental Health, Says Rose 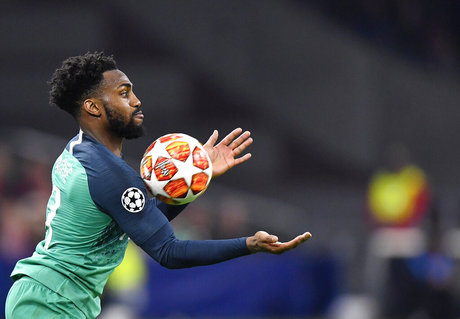 England's Danny Rose says football has a long way to go to get to grips with mental health issues, revealing a club interested in signing him first wanted to make sure he was not "crazy".

The Tottenham left-back, 28, opened up about his struggles with depression in the build-up to the 2018 World Cup, an illness that was triggered by a significant knee injury and the death of a close family member.

Following his revelation, a club considering signing him said they wanted to meet him to check on his mental state.

He told the BBC One documentary, 'A Royal Team Talk: Tackling Mental Health': "I think there's still a long way to go in football because in the summer I was speaking to another club, and they said, 'The club would like to meet you, just to check that you're not crazy' -- because of what I'd said and what I'd been through.

"I was embarrassed, as whatever I've been through I like to think it doesn't affect me doing my job. I still know I'll always give 100 percent."

"In the end they didn't put a bid in, but to think that people assume I might be crazy is embarrassing and I'm still angry about it to this day," said Rose, who has also spoken out strongly on racism.

"If that opportunity came around again I'd definitely say no now."

Prince William earlier this week announced a new campaign that uses football to get more men talking about mental health.

Heads Up is a partnership between the FA and Heads Together, the campaign spearheaded by William's Royal Foundation.