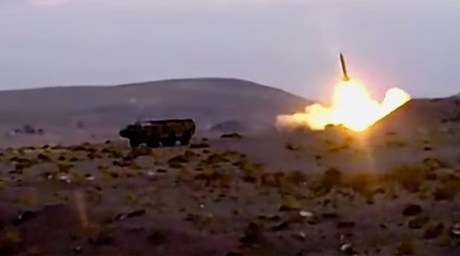 Saudi-owned media accused Yemeni rebels Tuesday of targeting Islam's holiest city Mecca after Riyadh and its allies said they had intercepted two missiles over the kingdom.

The exiled Yemeni government, which is based in Saudi Arabia, echoed the claim but the Huthi rebels denied any such attack.

Coalition spokesman Colonel Turki al-Maliki said two missiles were shot down between Jeddah and Taiz districts of Mecca province on Monday but did not elaborate on the suspected target or who fired them.

However both satellite news network Al-Arabiya and pan-Arab newspaper Asharq al-Awsat said the missiles were fired by Yemen's Huthi Shiites rebels at Mecca.

They said it was the third such launch by the Huthis targeting the holy city since the Saudi-led coalition intervened in the war in Yemen in March 2015.

The Huthis denied any such missile fire, adding that they would have claimed responsibility if they had been behind a launch.

"We wouldn't be embarrassed to claim any operation to defend our people and land," a rebel spokesman said in a tweet.

The claim comes against a backdrop of rising regional tensions between Iran and Gulf Arab countries allied with the United States.

Saudi Arabia is to host twin summits in Mecca next week of the Arab League and of the six-nation Gulf Cooperation Council, which has been divided by a boycott of Qatar by Saudi Arabia and its allies.

In a separate statement Tuesday, Maliki said the Huthis attacked a "civilian installation" in Najran province bordering Yemen with a drone loaded with explosives, without reporting casualties.

The armed drone hit a weapons depot at Najran airport, setting off a blaze, according to the rebels' Al-Masirah television.

So it is supposed to be muslim to bomb women and children and starve them to death? s.o.s you are a jew so what do you know about Islam?