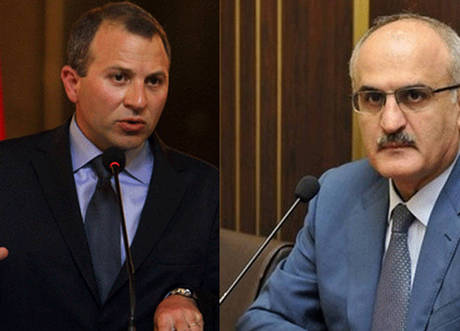 Finance Minister Ali Hassan Khalil on Tuesday said he considers as “finalized” the government budget discussions, as Foreign Minister Jebran Bassil hit back saying it will be complete when the discussions are.

“For me, the budget is over.The final fees approved will not have any material impact on this budget,” said Khalil in a tweet.

“There is no need for more talk nor any need for delay. All figures are presented in their final form,” he added.

In response Bassil said in remarks intended to reply at Khalil: “The budget will be over when it’s over.”

During one of the Cabinet sessions to tackle the 2019, Bassil made suggestions about the budget which infuriated Khalil who expressed his dismay over having to repeat the draft budget several times.