Iraqi PM Says He Wants to End Tensions between Iran and U.S. 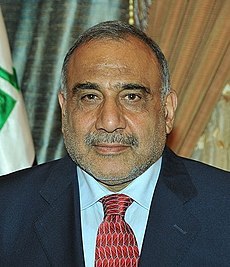 State-run Iraqi media is quoting Prime Minister Adel Abdul-Mahdi as saying that Baghdad will send delegations to the U.S. and Iran to help end tensions between the two countries.

Abdul-Mahdi, whose country has close ties to both Iran and the U.S., said Tuesday that Iranian and U.S. officials have informed Iraq that they have "no desire in fighting a war."

Abdul-Mahdi said Iraq is "playing a role to calm the situation but it is not a mediation." He said he will visit Kuwait on Wednesday to discuss regional issues.

Last week, the U.S. ordered the evacuation of nonessential diplomatic staff from Iraq amid unspecified threats from Iran and rising tensions across the region.

The White House has sent warships and bombers to the region to counter the alleged Iranian threats.