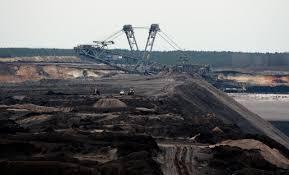 As Germany plans to shutter its coal sector, the government pledged Wednesday to pour 40 billion euros ($45 billion) into mining regions over the coming years to stimulate growth and jobs.

The top EU economy, having decided to phase out nuclear power by 2022, pledged in January to also end the use of dirty coal by 2038 in order to meet its climate targets.

While Germany now meets one third of its electricity needs with clean renewables such as wind, solar and biogas, it produces another third with coal, a climate killer with huge CO2 emissions.

The coal phase-out has however stoked anger against Chancellor Angela Merkel's government in mining regions where the industry accounts for tens of thousands of jobs.

Protests have been loudest in the ex-communist east, the electoral stronghold of the far-right Alternative for Germany (AfD) party which opposes immigration and denies that climate change is man-made.

Economy and Energy Minister Peter Altmaier on Wednesday hailed the plan to boost infrastructure spending and to attempt to lure new businesses to the affected regions.

"For the first time in our post-war history, we are reacting to a structural change before it occurs," he told a Berlin press conference.

He said that an initial 240 million euros should flow immediately so that "the campaigns of some populist parties on the right and on the left will collapse like a house of cards".

The 40 billion euros earmarked until 2038 would go mainly to the western industrial region of North Rhine-Westphalia and to the eastern states of Brandenburg, Saxony and Saxony-Anhalt.

Much of the money will be spent on roads, rail lines and internet cables to make the regions more attractive for investment.

The broader aim is to attract modern high-tech businesses, such as a plant to produce batteries for electric vehicles.

The government also wants to move federal government departments and research facilities to the impacted regions.

A coal commission set up by the government has also proposed that several billion euros will be required to cushion the social impact of the coal phase-out.

Elderly mine and coal plant workers would receive allowances to bridge the gap between the end of their employment and their entry into the pension system.