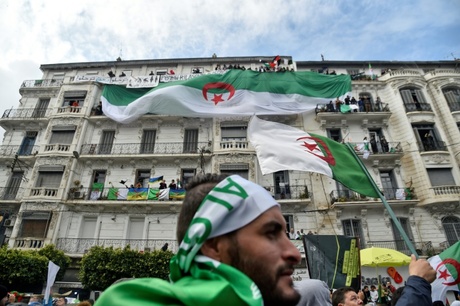 A deadline to register for Algeria's controversial presidential election has passed without a single candidate putting themselves forward, national radio said Sunday.

That would raise the possibility of a delay to the July 4 poll, already opposed by protesters who reject the legitimacy of any vote held under authorities they say are tarnished by corruption under ousted leader Abdelaziz Bouteflika.

Algeria's rulers had been determined to hold the ballot on July 4, seeing it as the only way out of a crisis that forced Bouteflika to quit in April after weeks of protests.

The deadline for registration passed at midnight.

State radio reported that in the absence of any candidates, the Constitutional Council would meet later Sunday to decide what to do about "this unique situation", without adding details.

The council did not respond to AFP's requests for comment Sunday morning.

Algeria has been rocked by months of protests since Bouteflika announced his run for a fifth term in February.

He quit office in April but protesters have continued to hold mass demonstrations calling for an overhaul of the "system" and the departure of key Bouteflika-era figures.

Protest leaders say the country's interim authorities, which include prominent figures from the old regime, are so tarnished by corruption that the vote would not be valid.