Polish Fans Fined for Fighting Each Other before Euro Qualifier 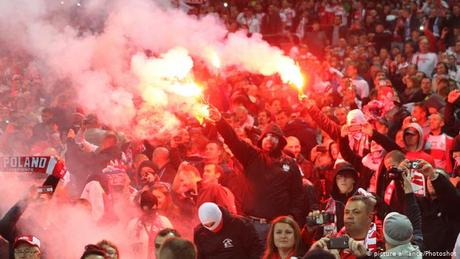 More than 200 Polish football fans were handed fines for public order offences for fighting each other in Skopjie ahead of Friday's Euro 2020 qualifier against North Macedonia, a court said.

"The 234 Polish nationals, involved in a massive fight in the center of Skopje, were not convicted in north Macedonia so Poland considered it as mitigating factor. They were sentenced to a pay a fine of €150 ($170) each," the court announced on Sunday.

The clash took place in a park near the Tose Proeski Arena where Poland beat North Macedonia 1-0 to remain unbeaten in their campaign.

Elsewhere a further 60 Polish citizens were arrested on Friday and Saturday for other incidents including vandalism but are still waiting to be questioned.