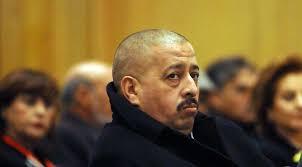 Algerian authorities on Monday detained an automobile tycoon linked to ousted president Abdelaziz Bouteflika on charges of corruption, one of his lawyers told AFP.

Mahieddine Tahkout "was detained along with his son and two of his brothers on charges of corruption and money laundering", lawyer Khaled Bourayou said.

The decision to detain them came a day after they were questioned by an investigative judge, the official APS news agency said.

Private media said Tahkout, who holds several foreign car dealerships, was accused of "undue privileges" under the rule of Bouteflika, who was forced to step down in April after weeks of protests.

Several prominent politicians and businessmen linked to Bouteflika have been detained or questioned in connection with corruption since the ailing president was forced to step down on April 3.