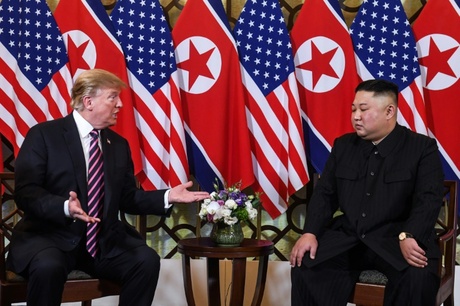 Indicating that he continues to trust Kim, despite making little progress in efforts to get Pyongyang to give up nuclear weapons, Trump said the North Korean strongman "has kept his word."

"That’s very important to me," he said at the White House.

Trump did not divulge what was in the letter from Kim. He has described previous letters as "beautiful" and even said they "fell in love."

Trump has made history by meeting twice with Kim in a bid to lure the country into giving up nuclear weapons. However, U.S. intelligence officials say Pyongyang has no intention of following through.