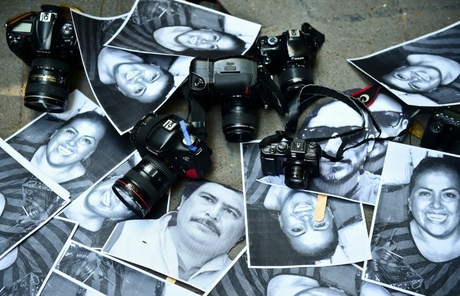 A journalist was murdered Tuesday in southeast Mexico, her former employer and other news outlets reported.

Norma Sarabia was a correspondent for the newspaper Tabasco HOY for 15 years and most recently worked for other media outlets in Tabasco state, the newspaper said in its report of her death.

Sarabia is the sixth journalist slain this year in Mexico.

Mexico is one of the most dangerous countries in the world for reporters: more than 100 have been murdered here since 2000, amid a wave of violence linked to drug trafficking and political corruption.

The vast majority of those killings remain unpunished.

Reporters Without Borders ranks the country as the third most dangerous in the world for the press, after war-torn Afghanistan and Syria.

In May, crime reporter Francisco Romero was murdered in a resort town on Mexico's Caribbean coast after receiving threats.

Romero, who was enrolled in the Mexican government's protection program for journalists and human rights activists, was found dead in a pool of blood in his hometown of Playa del Carmen.