Hariri Presses for Ministerial Solidarity in Parliament during Budget Discussion 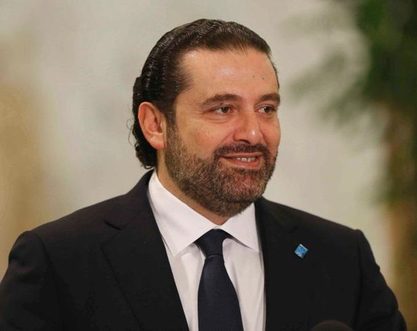 Prime Minister Saad Hariri chaired a Cabinet meeting on Tuesday where he highlighted Lebanon’s economic and financial concerns, urging the ministers to show solidarity and adhesion to the decisions they agreed to in the government's policy statement and the draft state budget.

“You have all followed on the economic and financial developments in the country which all indicate a serious concern by the markets and investors at home and abroad. This compels us to accelerate the pace of our decisions agreed upon in the ministerial statement, to give indications of our seriousness and credibility in addressing this concern and the economic and financial situation,” said Hariri.

The PM warned saying: “We can no longer walk at the same pace. We have held 19 Cabinet sessions and detailed discussions of each item of the draft 2019 state budget. I believe that ministerial solidarity compels us all to defend in the parliament the decisions we have collectively taken. I do not mean that there should be no debate in the parliament, but we must be responsible and unified with each other,” he added.

Hariri stressed the need for “accelerated” government action to “approve the first phase of the national investment program” which secured its $11 billion dollars funding at the CEDRE conference.”

“It is imperative for the economy to react with the launch of the program,” added the PM. “We must then proceed directly to the preparation of the draft 2020 budget within the constitutional deadline.”

The Finance and Budget parliamentary committee held several meetings where it discussed and reviewed the draft of the state budget and introduced amendments to some of the articles.

Hariri also said the 2019 state budget and the McKenzie economic plan should be approved by July at the latest.

Allah y2awwik. U are our last hope

Yes @lebanon_first his empty talks are the last hope his family and partners got at this point! What a desperate speech to get the Loan released and cashed into the accounts of the companies that his associates opened with the intent to receive funds that should be used to benefit all Lebanese people.
I wonder if you @lebanon_first aren't one of those associates of the PM who manages a company that shall participate in the split of those funds... your comment is suggesting that you may be one of those thieves.

You really beleive CEDRE is for his own benefit? Not for the country? It's all a plot?

God! U are living in a bleak world!