Those Who Oppose Military Are 'Enemies of Algeria', Says Army Head 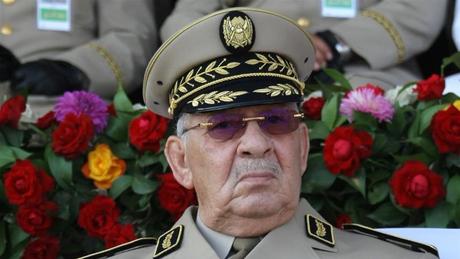 Military chief General Ahmed Gaid Salah said Tuesday that those who oppose the army were "enemies of Algeria", as the country's protest movement demands an overhaul of the entire regime.

Those with "grudges and animosity towards the army and its command... are undoubtedly enemies of Algeria", said Gaid Salah, the country's strongman since longtime president Abdelaziz Bouteflika was ousted in April.

"Those who are knowingly trying to circumvent... terms of the constitution, do they realise what it means to suppress all state institutions?" he asked in a speech.

Gaid Salah said a constitutional void would amount to "the destruction of the foundations of the Algerian national state".

"It is unthinkable to proceed in the name of the people with the destruction of the achievements of the Algerian people, that is to say... the constitution."

Street protests of the type that led to Bouteflika's ouster have carried on with demonstrators demanding the fall of regime insiders and the establishment of independent institutions.

As on previous Tuesdays, hundreds of students marched through Algiers chanting slogans against the regime and the military, as well as against corrupt officials.

Algeria's top businessman Ali Haddad, a key supporter of Bouteflika, was jailed for six months on Monday for holding two passports, in the first conviction in a string of corruption probes.

Gaid Salah, the key powerbroker in post-Bouteflika Algeria, vowed Monday that no one would be spared from the corruption probes.

The judiciary must "bring to justice all the corrupt regardless of their function or their social rank", the general said.

"The fight against corruption knows no limit and no exception will be made to anyone... it's time to clean up our country," he said.