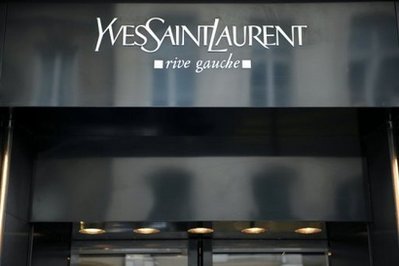 British regulators on Wednesday banned a television advert for the Yves St Laurent perfume "Belle D'Opium", upholding complaints that the dancing female star looked as if she was taking drugs.

The Advertising Standards Authority said the ad, which shows "Belle" dancing seductively to a drum beat, then running her finger down her inner forearm and writhing on the floor, was "irresponsible and unacceptable for broadcast".

"We were concerned that in the context of the ad, Belle running her finger down her inner arm could be seen to simulate the injection of opiates into the body," the ASA said in a ruling, sparked by 13 complaints.

"We were also concerned that following that scene, Belle was shown moving in a series of short, rapid scenes, before the ad concluded with her body seizing upwards while lying on the floor, an action we considered could be seen to simulate the effect of drugs on the body."

It noted that "Opium" was a well-known designer perfume brand and said this in itself was not the problem, and also acknowledged YSL had carried out consumer research that found most viewers did not find the ad offensive.

"We nevertheless considered the woman's actions simulated drug use, and therefore concluded it was irresponsible and unacceptable for broadcast," the ASA said.

YSL had argued that the advert suggested the addictive qualities of women who wore the fragrance, rather than the addictive effects of narcotics, highlighting the voiceover saying: "I am your addiction, I am Belle D'Opium".

The fashion house added that, based on TV ratings, almost 44 million people had seen the ad at least once and it had received no complaints.

However, the ASA said that much of YSL's argument was based on the minute-long ad featured on the perfume's website, whereas the TV ad was edited to just 20 seconds, including the quickest and most dramatic scenes.