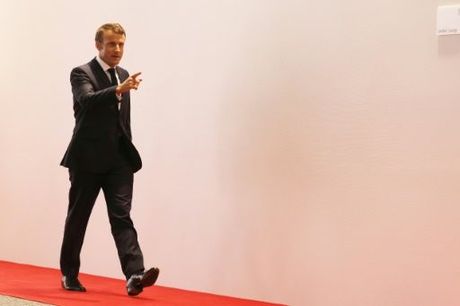 France has slipped further into the red, the national statistics bureau said on Friday, only days after the country's public auditor warned of "worrying" debt levels.

Public debt rose to 99.6 percent of gross domestic product in the first quarter of the year, the Insee bureau said, widening the gulf between the eurozone's 60 percent of GDP debt limit and the French reality.

President Emmanual Macron's government is targeting a ratio of 98.9 percent for the end of this year.

Insee said the rise in the public sector debt was mostly due to central government spending, with local authorities and the social security system adding much less to the debt mountain.

On Tuesday, France's public auditor warned that the country's debt level was "worrying" and urged the government to control spending.

France has been bucking the downward debt trend seen in most other eurozone countries after Macron loosened the country's purse strings to try end months of often violent "yellow vest" protests.

In a report, the Cour des Comptes said the growing divergence between France and its neighbours on debt reduction "could lead to a deterioration of the perceived quality of France's debt among investors".

It chided the government over its failure to take advantage of a spell of growth to significantly rein in overspending, which leads to increased borrowing every year.

The International Monetary Fund also warned last month that France's debt was "too high for comfort" and called on the government to cut spending.

Neighbour Italy is in the crosshairs of the EU Commission which has put Rome on notice about its snowballing debt, as well as its deteriorating deficit position, reopening a political battle with Rome.

Italy's debt ratio is, at 132 percent of GDP, much higher than that of France and the second-biggest in the eurozone after Greece.

Germany, the eurozone's biggest economy ahead of France, had a ratio of just over 60 percent at the end of last year.

There are special reasons for this anti-riot fiscal expenditure, Macron told reporters, which cannot be discussed.
Source Agence France Presse