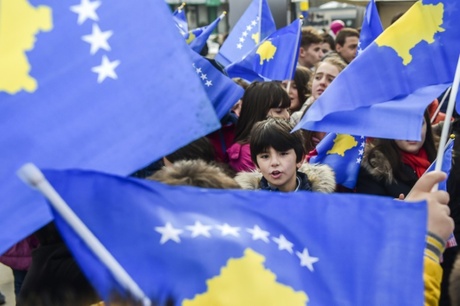 Kosovo has banned Serbian officials from its territory over their "constant propaganda and false news", a foreign ministry official said Thursday, heating up the latest diplomatic battle between the former war foes.

Serbia and its former province Kosovo, which is mainly ethnic Albanian, still have a bitter and frequently tense relationship two decades after Kosovo broke away and went on to declare independence.

Belgrade has never accepted that move and the neighbours frequently clash on the diplomatic stage.

"The Ministry of Foreign Affairs will not allow any Belgrade official to visit Kosovo and all requests will be rejected as long as this behaviour continues," Jetlir Zyberaj, advisor to the foreign minister, wrote in Facebook post on Thursday.

He said the move was a response to "constant propaganda and false news about the country and our citizens".

He also accused Belgrade of trying to create a "so-called humanitarian crisis in the north of Kosovo, threatening the Serb population living there".

The north of Kosovo, which has a significant ethnic Serb population that remains loyal to Belgrade, has been protesting in recent days over a tariff that has cut off the flow of Serbian goods to the region.

Belgrade claims that that the 100 percent tariff on Serbian goods has led to a food and medicine shortage in the area.

But Pristina accuses its neighbour of "manufacturing" the crisis, explaining that food from Kosovo is widely available in the area and opening up special sale points for food and other goods.

In May, Kosovo also banned Serbia's Prime Minister Ana Brnabic after accusing of her of making "racist" comments against Albanians, which she denied.

The neighbours need to normalise ties in order to move forward with EU accession dreams.

But they are locked in a stalemate.

Kosovo says it will not lift the tariffs until Belgrade recognises its independence, while Serbia won't talk until the levy is dropped.