Iran Says Europe Has 60 Days to Save Nuclear Deal 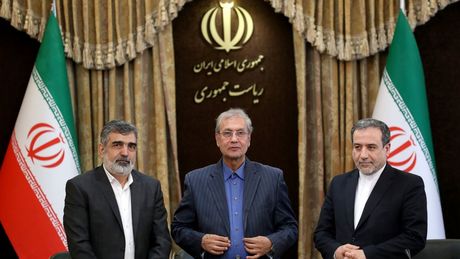 Iran says the last chance for saving its 2015 nuclear deal with world powers will pass after a 60-day deadline.

The previous day, Iranian officials said the country would take further steps toward the "reduction" of its compliance with the accord after the deadline.

Iran has already breached the deal's limits on uranium enrichment and stockpiling.

Mousavi said Iran is still open to negotiations with its European partners and expressed the hope they would "take steps forward" toward implementing their commitments.

Iran is pressuring European partners to find a way around U.S. sanctions and deliver the deal's promised economic relief. The U.S. unilaterally withdrew a year ago.