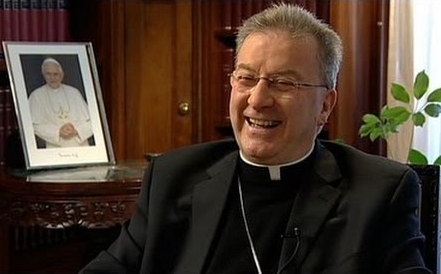 The Vatican has lifted the diplomatic immunity of its Paris envoy under investigation for alleged sexual assault, the French foreign ministry said Monday.

Luigi Ventura, 74, faces four complaints of sexual abuse -- including that he molested a junior official at the Paris town hall. French prosecutors in March asked the Vatican to lift his immunity.

A spokesman said the foreign ministry "received confirmation from the Holy See that it had waived (Ventura's) immunity" in a letter that arrived late last week.

In February, French prosecutors revealed they were investigating the Italian-born archbishop over an incident at the town hall during a New Year's address by Mayor Anne Hidalgo.

During the ceremony, a city employee had their backside repeatedly groped, with the town hall filing a complaint on January 24. An investigation was opened the next day.

There was also a complaint filed in Ottawa by a man who made similar allegations about an incident in 2008 while Ventura was serving in Canada.

The papal nuncio -- the term for a Vatican ambassador -- spoke to the police in early April, with judicial sources saying it was "at his request". They gave no further details.

A career diplomat with the Vatican, Ventura has held the position in Paris since 2009.

He also served in Brazil, Bolivia and Britain before being appointed papal nuncio to Ivory Coast, Burkina Faso and Niger, Chile and then Canada.

The case emerged as the Catholic Church struggles with a major crisis following the emergence of a wave of allegations detailing decades of sexual assault and abuse by clerics, mostly involving minors.