Hizbullah Slams U.S. Sanctions on MPs as 'Humiliation' for Lebanese 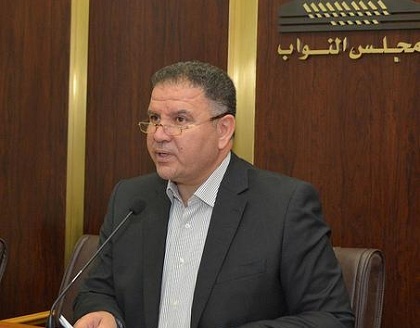 A Hizbullah lawmaker on Tuesday slammed the U.S. move to place two of the group's parliamentarians on its sanctions blacklist as "humiliation" for Lebanon.

The U.S. decision "is a humiliation for the Lebanese people," Ali Fayyad told Lebanon's MTV news channel, according to its website, and called on parliament and the government to issue a formal condemnation.

Humm, that's funny. I am Lebanese and I don't feel humiliated by this. Do you guys feel humiliated? This Ayatollah loyalist thinks this "is a humiliation for the Lebanese people". Maybe it is a humiliation for some Lebanese passport holder who are loyal to Iran. Or to some Lebanese nationals who don't believe Lebanon as a nation should exist like Qawmi john for example. Speaking of which, I wonder if Qawmi John or "Dr" Fayyad felt humiliated when the Syrian regime issued arrest warrants for the arrest of our prime minister and parliamentarians?. This happened following the unraveling of Michel Samaha's Assadi terrorist plot. Probably not. After all they thanked the Syrian regime for it's 30 year of occupation and many assassinations.

Lebanon will recover its dignity when and only when it’ll finally have the courage to deal with this terrorist organization. In the mean time, we should not blame other nations for slowly but surely isolating the country... putting it under quarantine because it’s completely justified.

Actually, Lebanese have not been so proud!

*Lebanese have never been more proud!

This terrorist thug forgets he did not call for condemnation when his bosses in Syria placed Lebanon's weak prime minister on a terror list.

I also am not humiliated... on the contrary. Thank u USA!

The humiliation is all yours Kizb, enjoy!

Didn't nassralah say labelling his militia terrorist was an honor?