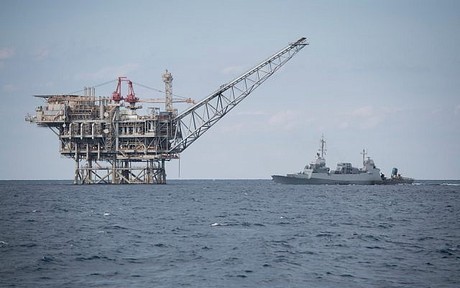 France and the United States have reportedly expressed regret over the freezing of US-mediated negotiations between Lebanon and Israel over the demarcation of land and maritime border that would have an impact on offshore oil and gas exploration, al-Joumhouria daily said on Wednesday.

International sources accompanying the negotiations sponsored by US State Department official David Satterfield said “the Lebanese side, specifically Hizbullah, has decided to stop the negotiations due to an Iranian-Syrian intervention linked to the new tension between America, Israel and Iran.”

In May, Israel had agreed to move forward with the US-mediated talks with Lebanon on maritime borders.

Last year, Lebanon signed its first contract to drill for oil and gas in its waters, including for a block disputed by its southern neighbour Israel, with which it has fought several wars.

It is set to start drilling in block 4 in December, and later in the disputed block 9.

Last year, Total said it was aware of the border dispute in less than eight percent of block 9 and said it would drill away from that area.

In April, Lebanon invited international consortia to bid for five more blocks, which include two also adjacent to Israel's waters.

Israel also produces natural gas from reserves off its coast in the Mediterranean.

Israel and Lebanon are still technically at war, although the last Israeli troops withdrew from southern Lebanon in 2000 after two decades of occupation.

“the Lebanese side, specifically Hizbullah, has decided to stop the negotiations due to an Iranian-Syrian intervention linked to the new tension between America, Israel and Iran.”

It did not make sense that Hezbollah would give Lebanon permission to negotiate with its sworn enemy. Lebanon should not have started the process until it received definitive approval from Hezbollah.

Syria and Iran will continue to call the shots, France is looking after the welfare of its interests and not that of Lebanon whilst they are complacent with both Syria and Iran. Smoking french mirrors....

If it were not for dear France and loving great Britain our world in the Middle East would not be so colorful....

France's direct interests are the contracts with Bashar to rebuild Syria and with Iran to supply its junk industrial tech products. Clearly Lebanon isn't in the picture and only an idiot would think otherwise .

So, more than 15 years after the Syrians left Lebanon, we are face to face again with the fact that Lebanon can not do anything which can be conceived as co-operation with Israel without the specific agreement of Syria and now also with Iran, agreement which will never be given. Yet you still call Israel your number one enemy.