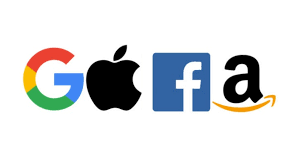 France's parliament on Thursday passed a law making it the first major economy to impose a tax on digital giants, defying a probe ordered by an angry U.S. President Donald Trump that could trigger reprisal tariffs.

The new law aims at plugging a taxation gap that has seen some internet heavyweights paying next to nothing in countries where they make huge profits as their legal base is in smaller EU states.

The legislation -- dubbed the GAFA tax in an acronym for Google, Apple, Facebook and Amazon -- was passed by a simple show of hands in the Senate upper house after it was agreed by the National Assembly lower chamber earlier this month.

But the French move drew an angry response from the White House even before the legislation was passed, with Trump ordering an investigation unprecedented in the history of French-U.S. relations.

The law will levy a 3.0 percent tax on revenues generated from services to French consumers by the largest tech firms.

The adoption of the law came as Britain unveiled draft legislation for a tax on digital giants, that would amount to 2.0 percent and reflect "the value derived from their UK users", the British government said.

Google, Apple and Facebook have their European headquarters in Ireland, where they pay some of the EU's lowest corporate tax rates despite earning the bulk of their European revenues in Britain, France and Germany.

Amazon's European base is Luxembourg, another low-tax jurisdiction. Ireland, Luxembourg and other small EU members have been active in thwarting efforts to impose an EU-wide digital tax, hastening go-it-alone efforts by France, Britain and others.

The so-called Section 301 investigation is the primary tool the Trump administration has used in the trade war with China to justify tariffs against what the United States says are unfair trade practices.

US Trade Representative Robert Lighthizer said in a statement ahead of the adoption of the French law that Washington was "very concerned" it would "unfairly" target American companies.

But French Economy Minister Bruno Le Maire France rejected the US reaction, saying "threats" were not the way to resolve such disputes.

"Between allies, I believe we can and must resolve our differences in another way than through threats," he told the French Senate ahead of the vote.

"France is a sovereign state and it alone decides on its taxation mechanisms and it will continue to do so," he said.

Le Maire said he was warned about the investigation during a "long conversation" with US Treasury Secretary Steven Mnuchin on Wednesday, saying it was the first time such a step had been taken in the history of French-US relations.

Last month, top G20 finance chiefs meeting in Japan agreed there was an urgent need to find a global system to tax internet giants like Google and Facebook but clashed over how to do it.

The issue now risks overshadowing a meeting of G7 finance minister outside Paris next week which is supposed to prepare the summit of leaders hosted by President Emmanuel Macron in August.

Washington has been pushing through the G20 for an overarching agreement on taxation.

Such a move is supported by Google which believes it would mean Silicon Valley tech giants would pay less tax in the US and more in other jurisdictions, in a departure from the longstanding practice of paying most taxes in a company's home country.

The Section 301 probe will hold hearings to allow for public comment on the French tax issue for several weeks before issuing a final report.

The move was applauded by the Computer & Communications Industry Association which said the French law would retroactively require US internet giants to turn over a percentage of their revenues from the start of 2019.

"This is a critical step toward preventing protectionist taxes on global trade," CCIA official Matt Schruers said in a statement, calling on France "to lead the effort toward more ambitious global tax reform, instead of the discriminatory national tax measures that harm global trade."

A finance ministry spokesman for Ireland indicated Dublin remained opposed to unilateral arrangements, saying the challenges were best addressed within the Organisation for Economic Cooperation and Development (OECD).

There was no immediate comment from the GAFA companies.