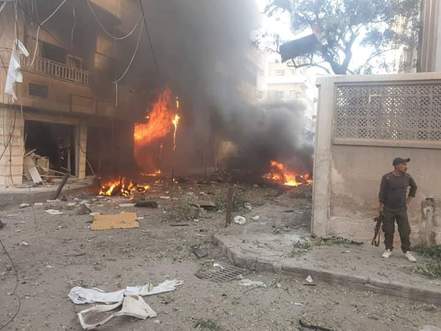 A car bomb detonated near a church in the Kurdish-majority city of Qamishli in northeast Syria on Thursday wounding almost a dozen people, an AFP journalist and state media said.

There was no immediate claim for the attack, which Syrian state television said wounded 11 people and damaged several cars.

Syria's Kurds have led the U.S.-backed fight in the war-torn country against the Islamic State group, which continues to claim deadly attacks despite its territorial defeat in March.