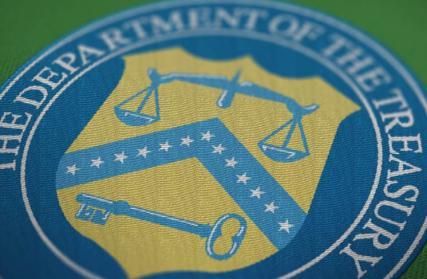 Ahmed al-Juburi, the former governor of Iraq's Salaheddin province, was sanctioned for corruption and has also "been known to protect his personal interests by accommodating Iran-backed proxies," Treasury said in a statement.

The two militia leaders, Rayan al-Kildani and Waad Qado -- one of whom is Christian and the other a member of the Shabak minority -- were both sanctioned over "serious human rights abuse" by them or their organizations.

Vice President Mike Pence said the United States was imposing sanctions on the leaders of two Iranian-linked militia groups in Iraq, but the Treasury statement made no mention of the commanders being tied to Iran.

"Let me be clear, the United States will not stand idly while Iranian-backed militias spread terror," Pence told a high-level meeting on religious freedom, without naming the individuals targeted.

The other official sanctioned is Nawfel Akoub, the former governor of Iraq's Nineveh province.

He was sanctioned over "corruption, including the misappropriation of state assets, the expropriation of private assets for personal gain, corruption related to government contracts or the extraction of natural resources, or bribery," the Treasury Department said.