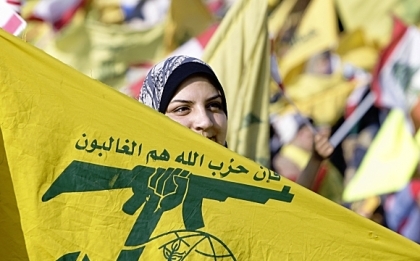 There are indications that the upcoming hours will witness efforts aimed at securing the resumption of cabinet session and achieving a breakthrough in the Qabrshmoun incident file, a media report said.

The proposed solution calls for the handover of suspects from both the PSP and the Lebanese Democratic Party and the referral of the case to the Military Court and not to the Judicial Council.

LDP chief MP Talal “Arslan has been informed of the need to accept the exit proposed by Aoun and has been given a grace period to find the appropriate way to announce his concession, amid reports that a Hizbullah delegation will visit Arslan to seriously discuss the available exits,” al-Rai quoted senior March 8 coalition sources as saying.

Hariri had announced after parliament’s last session that he expects an imminent solution for the crisis sparked by the incident.

The same CORRUPT military court that saw Suzy el Hajj cleared of all charges after framing the good Ziad Itani. Clearly the magistrates are corrupt and politicised... but this isn't news, we always knew it.

Only in a banana republic can a politician impede the work of the security agencies by refusing to hand over suspects in a major security incident and dictates to the state which judicial course it should take. It is called the 'Strong Presidency'!

just like Nasrallah both Jumblatt and Arslan aren’t elected leaders. They have no immunity whatsoever. They should be behind bars pending investigations.

Why does all the political parties have to agree on the course of JUSTICE? Failed country!

So much for the separation of powers !