Trump, Johnson Talk 5G and Trade ahead of G7 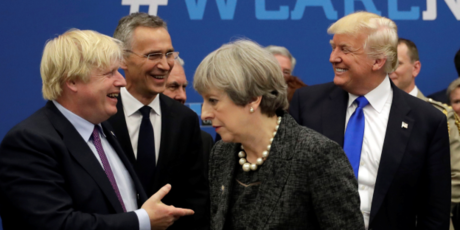 In the call made Thursday, Trump and Johnson discussed "areas of further cooperation, especially relating to trade, 5G, and global security," White House spokesman Hogan Gidley said in a statement.

This was the second call between the two leaders made public in a week and underlines the Trump administration's support for Johnson as he tries to manage Britain's risky exit from the European Union.

In Thursday's call, Trump "reiterated his strong appreciation for the special relationship between the United States and United Kingdom and noted he is looking forward to meeting with the Prime Minister at the G7 Summit in Biarritz, France later this month," the White House said.

The United States is leaning hard on allies to keep out Chinese companies from the fast emerging 5G cellular market, arguing that they pose a security risk.