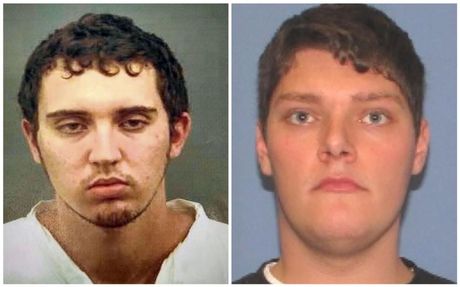 One was fueled by racist hatred of immigrants and warned of a "Hispanic invasion." The other's motives are less clear but he apparently resented women and compiled a "hit list" of girls in high school.

Police and the FBI were trying to piece together on Tuesday what drove two young American men to commit unspeakable acts of carnage over the weekend.

Patrick Crusius, a 21-year-old unemployed white man from the Dallas suburb of Allen, opened fire with a semi-automatic weapon at a Walmart on Saturday in El Paso, Texas.

About 20 minutes before the rampage, which left 22 people dead, he posted a four-page white supremacist "manifesto" on the online forum 8chan that railed against Hispanics.

In the document titled "The Inconvenient Truth," Crusius wrote that the attack "is a response to the Hispanic invasion of Texas."

Crusius claimed he was "defending" the U.S. "from cultural and ethnic replacement brought on by an invasion" and made references to the Christchurch shootings in New Zealand, where a white gunman killed 51 worshipers at two mosques in March.

El Paso police chief Greg Allen said Crusius has not shown any remorse since his arrest and "appears to be in a state of shock and confusion."

According to court documents, Crusius has been unemployed for the past five months and living with his grandparents.

In a statement, his grandparents said he had lived with them while attending classes at Collin County College but moved out of their home about six weeks ago.

According to CNN, a Twitter account linked to Crusius frequently shared tweets by President Donald Trump including one with Trump's name spelled out with guns.

In a LinkedIn profile, Crusius wrote, "I'm not really motivated to do anything more than what's necessary to get by.

"Working in general sucks, but i guess a career in Software Development suits me well. I spend about 8 hours every day on the computer so that counts towards technology experience I guess."

El Paso is about a nine-hour drive from the Dallas area and Crusius appears to have deliberately selected the city because of its heavily Hispanic population.

El Paso lies on the Rio Grande River which marks the US border with Mexico, and has a population of 680,000, of which 83 percent are of Hispanic descent.

The motivations of the other gunman, Connor Betts, 24, are less clear but several former friends told U.S. media that he had a history of disturbing behavior, particularly towards women.

Also armed with a semi-automatic weapon, Betts killed nine people including his sister, 22-year-old Megan Betts, in Dayton, Ohio, early Sunday morning. He was shot dead by police within a minute.

Investigators have found no evidence so far to indicate that the shooting was motivated by racial hatred.

"Just based on where we're at now we are not seeing any indication of race being a motive," Dayton police chief Richard Biehl said.

Betts was white and six of his nine victims were black.

Mika Carpenter, 24, who has known Betts since she was 13 years old, told The New York Times "he was kind of hateful to women because they didn't want to date him."

The Dayton Daily News reported that Betts had been suspended from Bellbrook High School for drawing up a "hit list" of girls.

According to Buzzfeed News, Betts was a member of a "pornogrind" heavy metal band called Menstrual Munchies which performed songs with themes of sexual violence.

Demoy Howell, a friend of Betts, told the Dayton Daily News that Betts was "always a bit of an oddball."

"He had a dark sense of humor -- jokes about people dying," Howell told the newspaper. "He would wear all black. I remember sensing a dark energy around him.

"I think this is less of a hate crime and more of an 'I hate everybody' crime," Howell said.