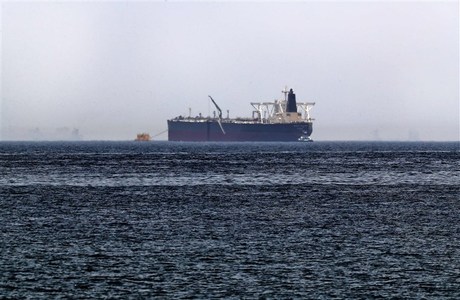 A report accused two "Lebanese" companies of "smuggling" Iranian oil to the Syrian regime, in violation of US sanctions against Tehran, the Saudi Asharq al-Awsat reported on Wednesday.

While some experts stressed “the lack of proof,” others warned against “turning Lebanon into a platform to circumvent the international sanctions,” said the newspaper.

Experts said “this action is harmful to Lebanon, whose credit rating is being watched with concern by international companies."

The daily said it could not contact the two companies to confirm or deny the accusation.

It said that "tankers Sandro and Jasmine have stopped broadcasting signals from their positions in the eastern Mediterranean and are transporting Iranian oil to and from other ships off the Syrian coast, a method used by Iran to evade US sanctions."

The report said “tanker Sandro stopped its broadcasting after 5 days, but satellite images of Tanker Trackers agency were able to spot it,” according to Asharq al-Awsat.

Let me guess they are both related to the Orange Crush and Mellow Yellow parties?

I have the utmost respect and deepest admiration for Mrs. Makhia for its uncanny ability to identify Israeli trolls and for warning us the Readers that most of the commentators on Naharnet are part of the factory!

So anyone who voices his opinion against the drug carter AKA Kizb in Lebanon is an Israeli? if you ya Ali then 65% of Lebanon is Israeli according to your childish accusation. I know quite a few from your sect who albeit are good followers are not quite brainwashed to accept Kizb as their representative. In that case maybe their Israelis too?