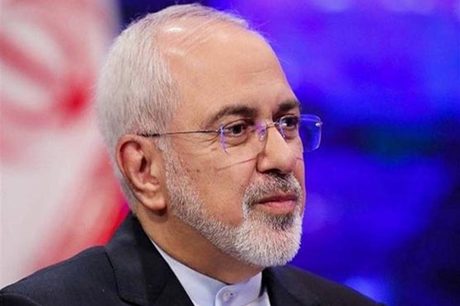 "We will visit Paris on Friday to meet Emmanuel Macron and France's foreign minister" Jean-Yves Le Drian, IRNA quoted Zarif as saying during a gathering of Iranians in Stockholm late Monday.

Zarif is currently on a three-nation tour of Scandinavia and he will also visit China "next week", according to IRNA.

France is a partner to the 2015 nuclear deal and has led European efforts to salvage the landmark accord since US President Donald Trump unilaterally withdrew from it last year and reimposed sanctions on Iran.

Responding to those sanctions -- as well as perceived inaction by European partners to counter the measures -- Iran announced in May it would stop observing restrictions on its stocks of enriched uranium and heavy water agreed under the deal.

Iran's top diplomat started his global tour with a visit to Kuwait on Saturday, followed by Finland and Sweden.

Norway and France are next on the agenda.

"America's sanctions are not pressuring me," Zarif added, dismissing concerns that US sanctions targeting him since late July would hamper his globetrotting diplomacy.