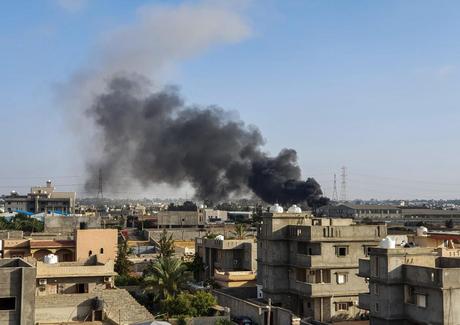 Three civilians were killed Saturday in an air raid south of the Libyan capital, a source in the Tripoli-based Government of National Accord said.

"One of the raids hit a house in the area," he added, accusing eastern strongman Khalifa Haftar of being behind the strikes and others targeting residential areas of the capital and its suburbs.

After more than four months of clashes, the opposing sides remain embroiled in a stalemate on the capital's southern outskirts.

Since April, the fighting has killed at least 1,093 people and wounded 5,752, while some 120,000 others have been displaced, according to the World Health Organization.