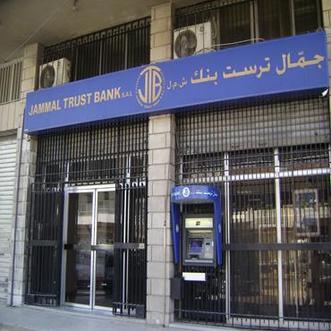 Iran’s Martyrs Foundation “funnels money to the families of suicide bombers,” said Sigal Mandelker, Under Secretary for Terrorism and Financial Intelligence. “The U.S. will continue to work with the Central Bank of Lebanon to deny Hizballuh access to the international financial system. This action is a warning to all who provide services to this terrorist group,” he added.

“We regret that Hizbullah has brought hardship to the Shia community, in particular, and call upon the Lebanese Government to exert every effort to mitigate the impacts on innocent account holders who did not realize Hizbullah was putting their savings at risk. The United States is confident that the Central Bank of Lebanon and other Lebanese institutions, through their legal and regulatory policies and oversight functions, will continue to work to protect the stability and soundness of Lebanon’s financial system, which is critical to supporting a stable and prosperous economy,” the Treasury said in a statement.

The U.S. Department of State had designated Hizbullah as a Foreign Terrorist Organization in October 1997 and as a Specially Designated Global Terrorist in October 2001.

Experts meanwhile told LBCI television that “the bank is small and these sanctions will not affect the banking sector.”

“The total assets in Jammal Trust Bank amount to 0.39% of the assets of the Lebanese banking sector and the depositors’ money will be transferred intact to other banks,” the experts added.

The Association of Banks in Lebanon meanwhile voiced regret over the sanctions on Jammal Trust Bank, reassuring that the measure will not affect the banking sector or JTB’s clients.

"the depositors’ money will be transferred intact to other banks,"
Who then themselves will be sanctioned - clever move.

“The total assets in Jammal Trust Bank amount to 0.39% of the assets of the Lebanese banking sector"
Are u serious this 0.39% is what the American are running after? first z Canadian Leb bank, then Arab Bank, then almost BLOM, and then now JTB come on Donald u can do better??