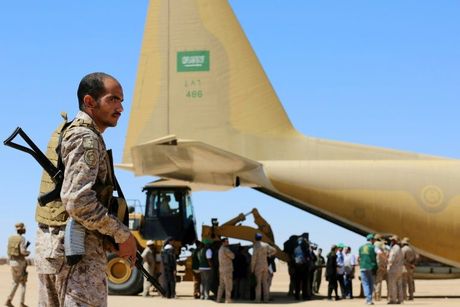 Saudi Arabia is confronting the perils of its combative foreign policy as it slides further into a military quagmire in Yemen, one of a series of strategic missteps under the ambitious crown prince, analysts say.

The Sunni kingdom, locked in a battle for regional supremacy with Shiite power Iran, has adopted an interventionist –- and at times belligerent -- policy under 34-year-old Prince Mohammed bin Salman, the young heir to the Saudi throne.

He has been the main driver of the once-staid kingdom's aggressive regional push -- from a ruinous bombing campaign in Yemen to an economic blockade on neighbouring Qatar and a diplomatic brawl with Canada.

The manoeuvres have rattled investors just as the kingdom seeks outside financing to pursue an ambitious reform programme to overhaul its oil-reliant economy.

"It is impulsive and fails to have a long-term exit strategy."

The kingdom appeared to temper its approach in the aftermath of journalist Jamal Khashoggi's murder by Saudi agents last October, with what many saw as the elevation of seasoned officials and the removal of younger aides in the prince's inner circle.

The murder left the prince's reputation as a reformer severely tarnished while also testing the kingdom's relations with its key ally Washington.

But some observers have dismissed the notion of any substantial change while the prince still controls the main levers of power –- including the post of defence minister -- and pursues a domestic crackdown on dissenters and critics.

"There is a pattern of strategic errors by Saudi Arabia in recent years, and that's partly because the country is, for the first time, taking an independent leadership role in the region," said Hussein Ibish, a scholar at the Arab Gulf States Institute in Washington.

"Saudi Arabia was not prepared for the role... and the Saudi military was not designed for major international expeditions," he told AFP.

Riyadh had reportedly hoped for a quick win against the Iran-aligned Huthi rebels in Yemen when it launched a multi-billion-dollar intervention in 2015, but instead waded into a quagmire that has also triggered a humanitarian catastrophe in the Arab world's poorest country.

The rebels, for their part, are increasingly menacing Saudi cities with drone and missile attacks, exposing the limitations of its military might.

The Riyadh-led coalition, assisted by Western powers including the US, has struggled to oust a ragtag but highly motivated tribal militia that specialises in hit-and-run guerrilla tactics.

The kingdom has splurged billions on hardware such as advanced fighter jets, but analysts say its arsenal is suitable more for a large conventional conflict rather than proxy warfare with Iran.

The conflict has also raised the need to modernise Saudi Arabia's bloated and sclerotic military establishment, plagued by what analysts see as an inefficient fighting force that is repeatedly blamed for erroneously hitting civilians.

The kingdom's media ministry has not responded to requests for comment.

But Saudi officials say the country has had to pursue an assertive foreign policy to take on what it calls Iranian expansionism seen as a threat to its security.

Yet many of those moves appear to be damaging its own prospects.

In a new front that threatens to splinter Yemen, its Saudi-backed government was recently ousted from its interim capital Aden by southern separatists who are propped up by the United Arab Emirates -- Riyadh's principle regional ally.

The latest flare-up "exposes how flawed the original Yemen strategy was in the first place", said Momani.

"If Yemen is divided into north and south again, Saudi Arabia will have two possibly restless neighbours to deal with."

The separatists seek to regain independence for south Yemen.

The feud undermines the joint campaign of the warring allies against the Huthis, who control vast swathes of northern Yemen, including the capital Sanaa.

The deadly standoff has also exposed an apparent rift between Riyadh and Abu Dhabi, which in July announced a troop drawdown in Yemen, a move that many saw as an attempt to limit its losses amid escalating regional tensions with Iran.

But there is no easy exit strategy for Saudi Arabia.

Saudi officials say the kingdom is persisting with its intervention because it views the Huthis as an existential threat, a Hezbollah-like force next door.

But with no progress on the battlefield, the United States is preparing to open direct talks with the Huthis in a bid to dial down the hostilities, the Wall Street Journal reported last month.

The move comes amid "simmering concerns" in Washington that Saudi Arabia is not serious about ending the conflict and US officials are seeking to push Riyadh to adopt a diplomatic approach, it added.

Saudi-brokered talks are also widely seen as the only way to break the impasse in Yemen's south.

"Saudi Arabia... has all the keys to a solution," Faraj al-Bahsani, governor of Yemen's southern har province, told AFP.