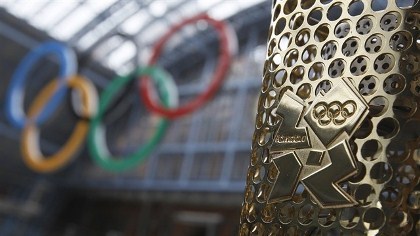 Tokyo 2020 Olympic chiefs have already rolled out everything from misting stations to flowerbeds to beat the heat at next year's games, and now they want to let it snow.

Organizers confirmed Thursday that they plan to test the use of artificial snow at a canoe event later this month as they look for novel ways to keep spectators and athletes cool during Tokyo's notoriously steamy summer months.

"Artificial snow will be sprayed over spectator seating," some of which may be in direct sunlight, during a canoeing event on September 13 that will serve as a test for the Olympics, a spokeswoman for the Tokyo 2020 organizers told AFP.

"We haven't decided definitively that we will use this system next year for the Olympics, but we want to test it to see how effective it is," she said.

"We're open to trying all potentially useful ideas," she added, when asked about possible criticism of the environmental side-effects of the method.

Public broadcaster NHK said the test would use small snow-making machines to produce about a tonne of snow per day, and that officials from the organizing committee would attend in spectator stands to judge the technique's effectiveness.

Olympic organizers have been on the offensive over concerns that holding the Games during summer months when Tokyo regularly reaches 35 degrees centigrade with 80 percent humidity will be unsafe.

They have already tested measures including misting stations, air-conditioned cooling tents and even rows of potted flowers along the routes of queues -- thought to psychologically cool spectators.

At a sailing event last month, athletes were given permission to loosen their life jackets because of the heat, while a French competitor was treated for heatstroke during a triathlon event in August.

The last time Japan hosted the Summer Olympics, in 1964, the competition was held in October to avoid the hot summer conditions.