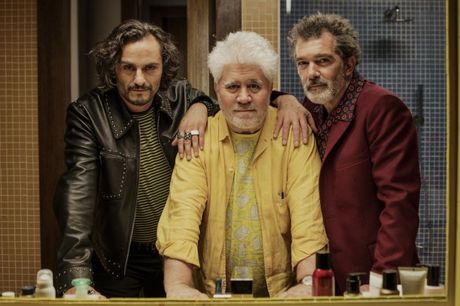 The film, a semi-autobiographical story featuring Penelope Cruz and Antonio Banderas about an ageing Spanish director plagued by physical and psychological frailty who revisits childhood memories, will compete with other global entries for a nomination as Best International Feature Film.

The five nominations for the category that up until now has been known as the best foreign-language film will be announced on January 13. The 92nd Academy Awards will be held on February 9, 2020.

Almodovar, who won the Golden Lion lifetime achievement award at the Venice Film Festival last month, has already picked up two Oscars -- for best foreign firm with "All About My Mother" in 2000 and for best original screenplay with "Talk To Her" in 2003.

The 69-year-old has directed 21 feature films, including "Women on the Verge of a Nervous Breakdown", "Tie Me Up! Tie Me Down!" and "High Heels".