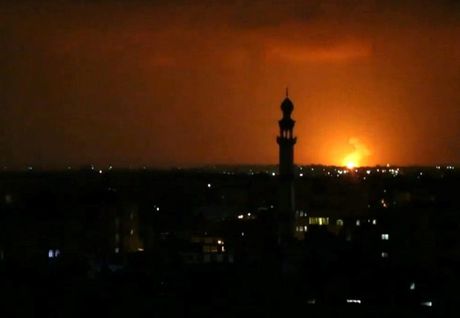 "Rockets were fired from the Gaza Strip at Israeli territory," it said in English without giving details.

"In response...fighter jets and an Israel Defence Forces aircraft struck a number of terror targets in a Hamas military compound in the northern Gaza Strip," it added.

No injuries were reported on either side.

On Wednesday, several rockets were fired from the Hamas-ruled strip at Israel, which responded by striking Hamas military positions in the enclave, the Israeli army said.

The strikes were confirmed by a Palestinian security source in Gaza.

Wednesday's afternoon exchange came a day after rockets fired from the Palestinian territory towards the Israeli city of Ashdod forced Prime Minister Benjamin Netanyahu to flee the stage during a campaign rally.

The right-wing premier is campaigning for re-election in September 17 parliamentary polls.

On Tuesday Netanyahu announced his intention to annex a large part of the occupied West Bank if re-elected.