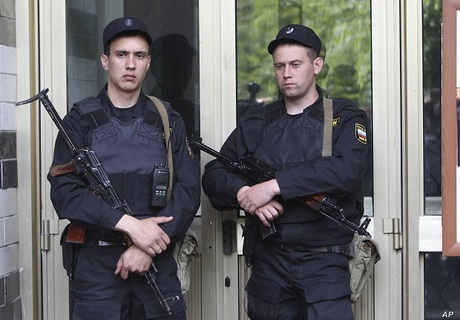 Russian police on Thursday raided dozens of offices of the opposition group behind mass protests this summer and the homes of its supporters, activists said.

"This is not only offices and apartments of coordinators but also the homes of employees and volunteers," Volkov said on Twitter.

"These raids are an act of intimidation," Navalny's spokeswoman Kira Yarmysh said, accusing authorities of trying to deal a "massive blow" to the organisation.

"The police's only goal is to confiscate our material and paralyse our work," she said.

The raids came after Russian investigators in August launched a money laundering probe against Navalny's Foundation for Fighting Corruption (FBK), which has worked to expose officials' questionable wealth.

They also follow local elections in Moscow on Sunday in which allies of President Vladimir Putin suffered major losses after a police crackdown on protests over the summer.

Navalny and his supporters had called the protests after opposition candidates were barred from standing in the Moscow municipal vote.