Israel Minister: US Official Said No Change on Iran Sanctions 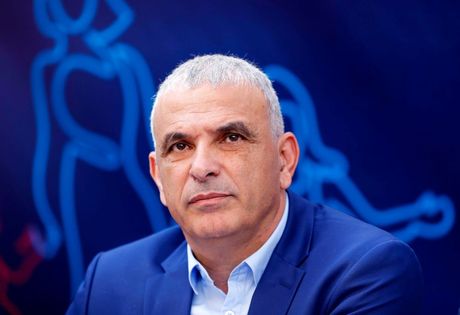 "I just finished an excellent working meeting with Sigal Mandelker, the under secretary of the treasury," he wrote on his Twitter account.

"I was happy to hear from her that contrary to media reports there is no change in US sanctions policy toward Iran and they will continue at full strength."

President Donald Trump on Wednesday warned Iran against further uranium enrichment but also left open the possibility the US could ease sanctions to pave the way to a meeting with President Hassan Rouhani.

Asked if he would take such a step to enable a meeting with Rouhani, Trump replied: "We will see what happens."

Israeli Prime Minister Benjamin Netanyahu on Monday accused Iran of having a previously undisclosed site aimed at developing nuclear weapons that it had destroyed.

The prime minister, whose country is an arch-enemy of Iran and strong opponent of any easing of pressure on the Islamic republic, did not give details on any testing.

Iran had destroyed the site located near Abadeh, south of Isfahan, sometime between late June and late July after realising that Israel had detected it, Netanyahu alleged.