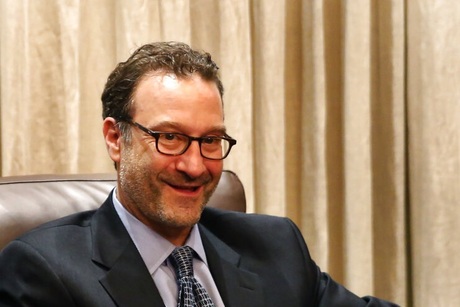 U.S. Assistant Secretary of State for Near Eastern Affairs David Schenker has confirmed that new U.S. sanctions will “absolutely” target allies of Hizbullah regardless of their “sect,” in an apparent reference to the Iran-backed group’s Shiite and Christian allies.

In an interview with LBCI television, Schenker added that the sanctions will not affect Washington’s relation with the Lebanese government, while noting that Hizbullah is not being able to pay salaries to fighters or funds to its social institutions through Lebanese banks.

Schenker also called for expanding UNIFIL’s mandate to allow the peacekeeping force to enter private properties, noting that everything that Hizbullah possesses in Lebanon is also being labeled private property.

Adding that Lebanon is an important country to the U.S., the State Department official said he can officially reassure that the situation will not be similar to that in 1991, when Washington turned a blind eye to Syria’s hegemony over Lebanon.

As for the demarcation of the maritime border with Israel, Schenker said he visited Lebanon to facilitate the negotiations, adding that President Michel Aoun and Speaker Nabih Berri were responsive to the suggestions.

let it hit bassil and aoun

and every single FPM politician....

The State Department should sanction the shia 'christian' french blablablablablabla for enticing virile young men to penetrate his deep and wide luv tunnel and deposit their loads of lubricants for the purpose of spreading disease and shiism.

You should work at Al Manar/Al Mayadeen as a political analyst or better still on Wall Street.

you clearly are somehow disconnected from reality and living in a fantasy world. Khamanei wasn't lol 2 days ago when he gave an interview asking Trump to stop his sanctions and as Nusrala admitted, he's his big boss.

Your Iranian ayatollahs are dying to sell out to the Americans Hussien. A meeting is in motion for them to do so.