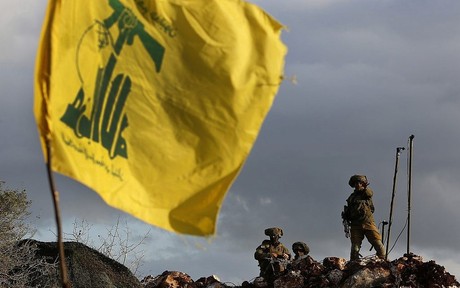 The Israeli President, Reuven Rivlin on Thursday warned the Lebanese government that if it does not “rein in” Hizbullah’s “aggression” against Israel, it could drag the two countries into war, according to a statement issued on Friday.

The statement issued by Rivlin’s office quoted him saying: “Lebanon shoulders the responsibility of Hizbullah’s action.

“We hereby clearly tell the Lebanese government and its allies around the world that Hizbullah’s aggression must stop before we get involved into a conflict that neither Lebanon nor Israel want,” said Rivlin.

The Israeli president added: “Israel will not tolerate threats to the safety of its citizens. With the Iranians, Hizbullah is building factories to produce rockets to fire at Israel and this is something Israel cannot tolerate. The Lebanese government cannot make excuses that it is not its responsibility. Hizbullah is part of Lebanon, part of the Lebanese government and part of the Lebanese people.”

Isn't that what aoun also says of hezbollah?

" When you have an oppressive, agressive, suppressive state that has literally broken every human right law there is and invaded your country repetitively, expect a form of resistance."

... and where is your iranian shia resistance 'resisting? Syria, Iraq, Yemen, Bahrain, etc or in occupied Palestine? Your terrorist leader said " The path to Palestine goes through Aleppo and through every Arab Capital"

Take your iranian resistance and shove it where the sun don't shine.

I know the History of the Naqba, re-read what I wrote, I said Zionism can be done properly. Not all israelis are land thieves.

Of course Lebanese people resisted, but the Iranian creation you're referring to way to often isn't a resistance, it's an occupation force implementing an Iranian political, religious and social agenda. It's as bad if not worse, actually it is definitely worse than the 18 years of Israeli occupation.

Not convincing lappeau, Assad is doing the same thing on a much larger scale, he’s expropriating neighborhoods by the dozen, giving the stolen properties to his loyal combatants mainly alawis and Hizbala Shia invaders to create his useful Syria with an alawistan... but it doesn’t seem to disturb you because you never mention it. Such biases take away your credibility... sure what israel is doing is unacceptable but there’s far worse happening closer to Beirut .

Perhaps you should read exactly what happened in 1948. How the preachers in the mosques told the villagers in Galilee to leave their homes so that the Arab armies could enter the area, slaughter all the Jews and allow them to return home in two weeks.
Hundreds of villages - can you name 50?
Can you name ONE Palestinian refugee camp inside Israel itself?
Gaza, occupied by whom? Not a single Israeli there, so it must be by Hamas.
750,000 Palestinians forced out of their homes, but a much larger number remained and became citizens of Israel. Also what about the 850,000 Jews forced out of their homes in Syria, Irasq, Egypt, Libya, Yemen, and oh yes Lebanon. Not a single one of them seen today as a refugee.

In 1982 Lebanese and Israeli delegates sat down and drew up a document which could very shortly lead to a peace treaty between the two countries.
Unfortunately, when the Lebanese delegates returned home and presented the document the then Syrian-occupiers tore it up.
So why even years after the Syrians have left Lebanon has the government in Beirut not tried to renew the contacts. Oops I forgot, Hizballah.

It seems to me that you are the one who needs informing.
"It controls all entries of goods and services into Gaza"
Just look at a map and you'll see that Gaza has a long border with Egypt and a border post at Rafah. Through this many goods flow freely into the Gaza Strip.
Now let's look at other goods. How many lorries containing food, medical supplies and building supplies go into Gaza from Israel every day. How many fuel tankers go there every day. Do you know of any country that is fighting a terrorist organisation and at the same time supplies it with petrol and electricity.
How many thousands of millions of dollars have been donated to the Gaza Strip by UNWRA, EU and other international organisations? And where did the money go to? Not to improving the lot of the civilian population, building houses, roads etc, but was hijacked by Hamas to build attack tunnels into Israel, and buy tons upon tons of weapons. So don't blame Israel for the misery in which the Gazans live.