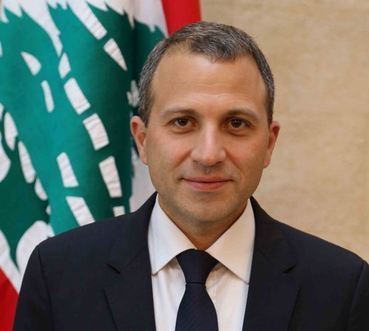 Foreign Minister Jebran Bassil is set to embark next week on a tour to several countries in Europe and the United States. The tour will reportedly extend until the end of September, reports said Saturday.

In that regard, Bassil will meet with British Ambassador Chris Rampling on Monday to discuss the details of his visit to the United Kingdom.

The Minister had also discussed with German Ambassador to Lebanon, George Berglin details of his visit to Germany scheduled on September 17 and 18.

Bassil will travel from London to Washington to inaugurate the fourth Lebanese Diaspora Energy Conference for North America.

He will later travel to New York to meet the presidential delegation to the annual meetings of the UN General Assembly, where President Michel Aoun will deliver Lebanon’s speech on the 25th of September.

lol, the worst part is that some of FPM adherents truly believe this nonsense; give the Lebanese Army the proper equipment and the political green light and they will put an end to many of the aberrant behaviors of any militias on its soil (Lebanese and otherwise).

Can we know how much these useless extended holiday trips are going to cost us? how many friends and relatives will accompany him?

it's to for the press to do some investigative journalism!

it's time for the press to do some investigative journalism!

This Fouthian should be banned from travel and sanctioned. We all remember how he treated Lebanon's top female diplomat in New York. Additionally, he is complexed and from what I hear he is not very well endowed.