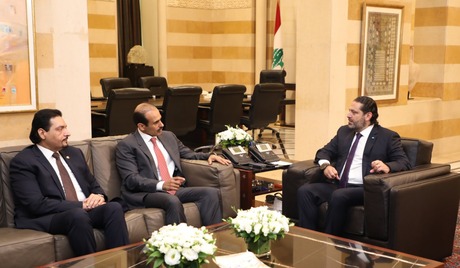 Prime Minister Saad Hariri held talks on Monday at the Grand Serail with Saad Sherida al-Kaabi, Qatar's Minister of State for Energy Affairs, the President and CEO of Qatar Petroleum where talks focused on energy cooperation between Lebanon and Qatar.

The meeting focused on the work of IFC and the projects it finances in Lebanon.