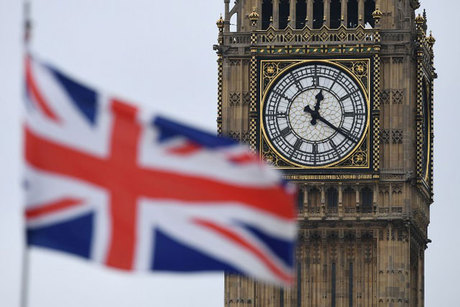 The court is set to hear three days of arguments over Johnson's move to shutter the House of Commons last week until October 14 -- just two weeks before the country is scheduled to leave the European Union.

The politically-charged case, unprecedented in Britain, could lead to parliament being recalled and Johnson's political hand severely weakened in the run-up to the October 31 departure date.

The timing of any ruling is uncertain.

"I think the best thing I could do is wait and see what the judges say," Johnson told the BBC.

The prime minister added he had the "greatest respect for the judiciary" and that its independence "is one of the glories of the UK" amid heightened speculation he might try to ignore an order to recall lawmakers.

Following the meeting in Luxembourg he insisted there remained a "good chance" of striking a new divorce deal -- if there was "movement" from the bloc.

But Juncker's office appeared more pessimistic, saying Johnson was reminded that Britain must "come forward with legally operational solutions" to the existing agreement struck by his predecessor Theresa May.

"Such proposals have not yet been made," it said.

The Supreme Court's entry into the three-and-a-half year saga stems from Johnson's "do or die" promise to deliver Brexit without any further delay.

He suspended parliament for five weeks in what his critics cry was a blatant bid to keep his pro-European opponents from trying to get it further postponed.

The government counters that parliament is usually dissolved yearly and that Johnson was simply clearing the way for a new agenda following May's resignation in July.

"Our case is that prorogation was for an entirely proper purpose," Justice Secretary Robert Buckland told Sky News on Tuesday.

The Supreme Court has called in 11 of its 12 judges to hear the case.

They must rule on whether they even have the right to adjudicate on the politically contentious issue, before considering Johnson's motivations for the move.

The High Court in England has sided with the prime minister while a Scottish appeal court called the suspension "unlawful".

London's Queen Mary University law professor Sionaidh Douglas-Scott said the verdict could have monumental consequences not only for Brexit but also how the world's oldest parliamentary democracy functions in future.

"If parliament is prorogued (suspended) with no remedy available then the balance of power is tipped far too heavily to the executive," she told AFP.

A defeat for Johnson would leave him open to charges that he has effectively lied to Queen Elizabeth II, who gave the formal order to suspend parliament, and likely calls for his resignation.

The British monarch is the formal head of state and has little choice but to act on the prime minister's advice.

Ahead of its suspension parliament rushed to pass a law forcing Johnson to ask Brussels for a delay if no compromise emerges from an October 17-18 EU summit in Brussels.

But he has insisted he would rather be "dead in a ditch" than ask his European counterparts to postpone Brexit for a third time.

Johnson is hoping widespread fears a chaotic "no-deal" end to Britain's 46-year involvement in the European project will push its leaders to compromise.

Meanwhile pro-Europeans in Britain continue to oppose leaving the bloc.

Jo Swinson, leader of the opposition Liberal Democrats since July, will address her party's annual conference for the first time Tuesday.

Its membership voted this week that if the party won an election it would scrap Brexit without even holding another referendum.